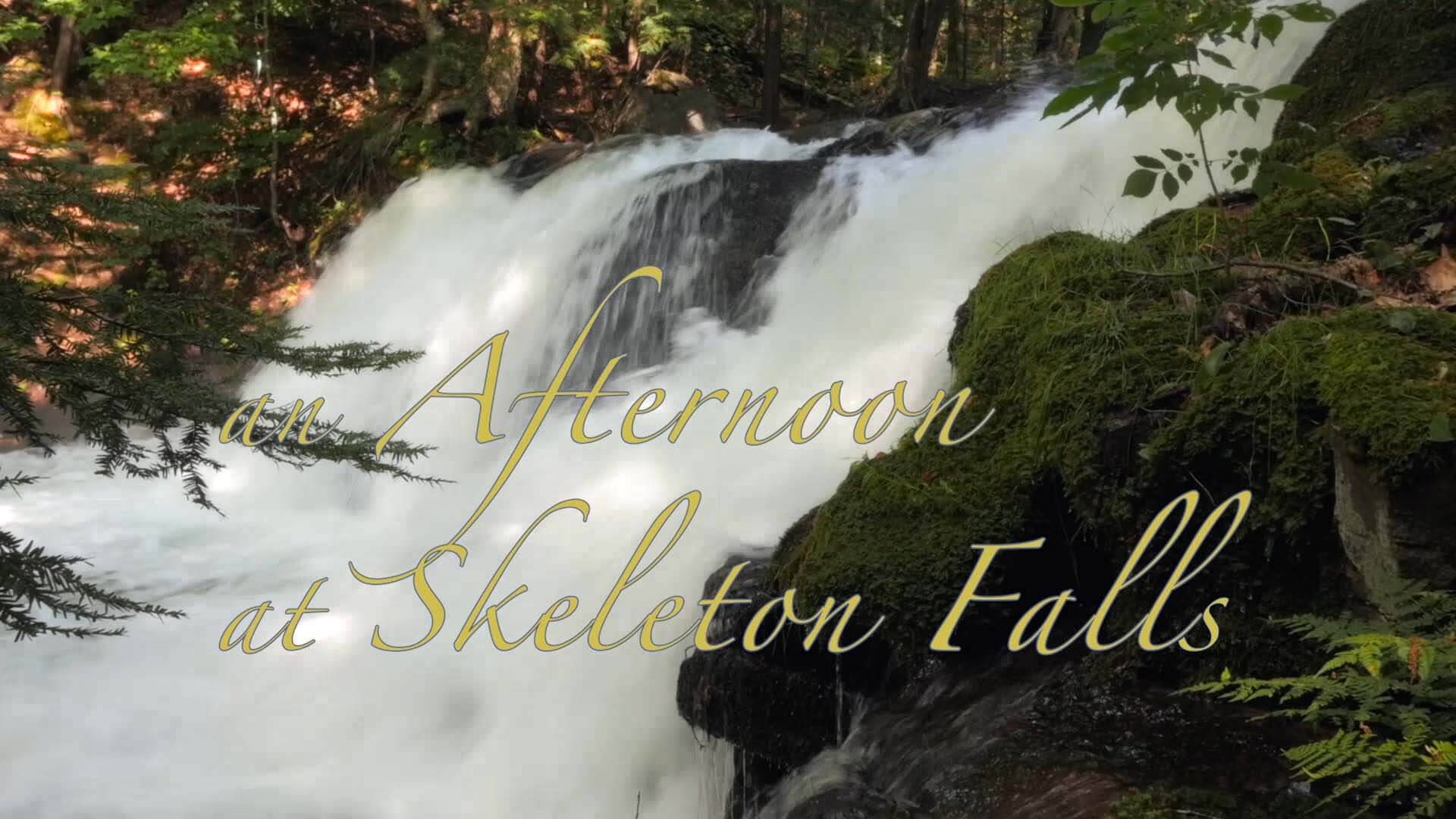 Finally, after months of our day jobs interfering with the important work of spreading more Slow Film love in the world, we’re jolly pleased to announce our first proper Slow Film, following an Afternoon At Skeleton Falls.

Afternoon at Skeleton Falls from Artful Productions on Patreon.

In the process of trying to figure out how the Slow TV / Slow Film genre works – in terms of footage, pacing, content, timing, and the rest of the nuts and bolts of making films – we realised there’s two major ways of shooting and editing it.

First, there’s the straightforward framed shot, like you see above. We’re calling this the “Window View”. Yes, like what you might see if you’re lucky enough to live next to this idyllic grove. Something you could play on a big monitor hung on your wall, like a window, or a moving painting, with Nature as both canvas and artist.

Then there’s the sorts of things you’d see if you were actually there, walking along the sloping trail, zoning out next to the waterfall, taking in the dappled sunshine. We wanted to produce some kind immersive experience, without going all high-tech. And so it’s being named the “Immersion” version of the film.

Not all of our films will have Immersion versions, but as we’re exploring the medium, we’re increasingly shooting with that in mind. I don’t think the Immersion version would suit all purposes – you might only want one view, like a window, like living art. But it’s enticing to watch, and imagine you’re there, with the spray in the air, the leaves rustling around your head, and everything growing, growing.

Hope you enjoy it. We welcome feedback.